I recently announced the end of linkblog.io. I go into a bit of detail in this short indie hackers discussion thread. I wanted to do a quick retrospective to have something to refer to in future.

I’ve been running a linkblog for close to 10 years. In a lot of ways all the links I’ve posted chronicle my web development journey, but also just life in general. I found it a very useful tool and still do to this day. Somewhere along the way I decided to build a linkblogging SaaS product.

These were the high level goals of the system that emerged over time:

From a technical standpoint I achieved all of these goals.

I wrote about Robust NodeJS Architectures earlier in the month, and this describes very closely what the linkblog.io infrastructure looked like.

Some other application level features and capabilities that are worth mentioning:

Most of these features were added as a necessity in response to real world events that happened during development.

Though the UI is quite minimalist and mostly text based, there was quite a lot going on underneath. The system could have been quite easily and safely extended.

Finally here are some screenshots of the UI: 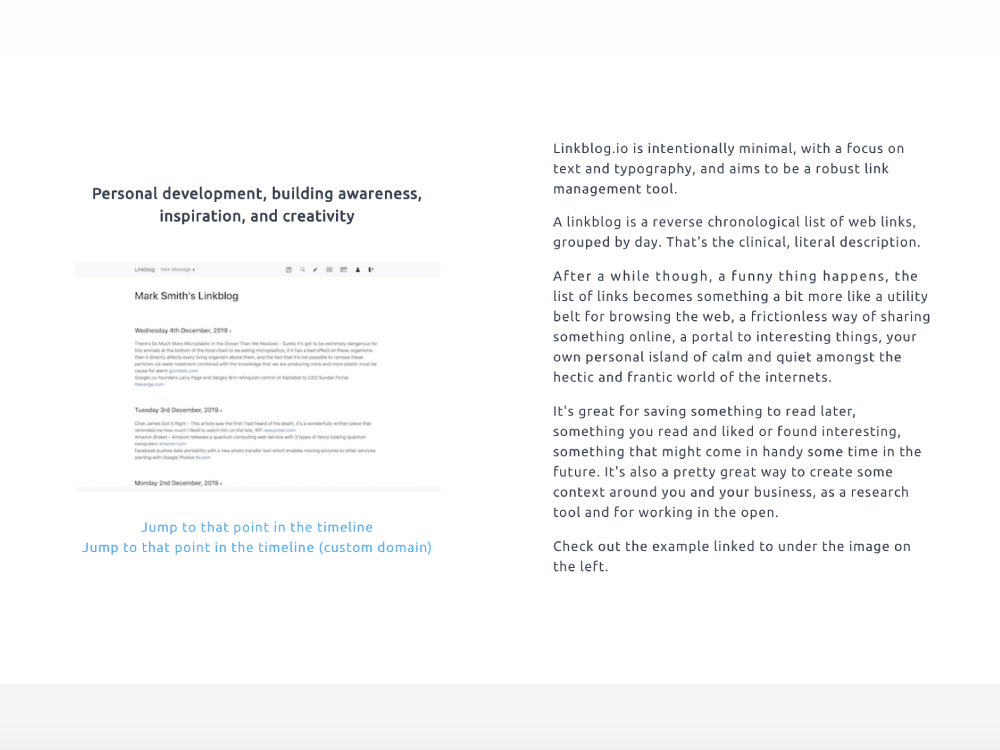 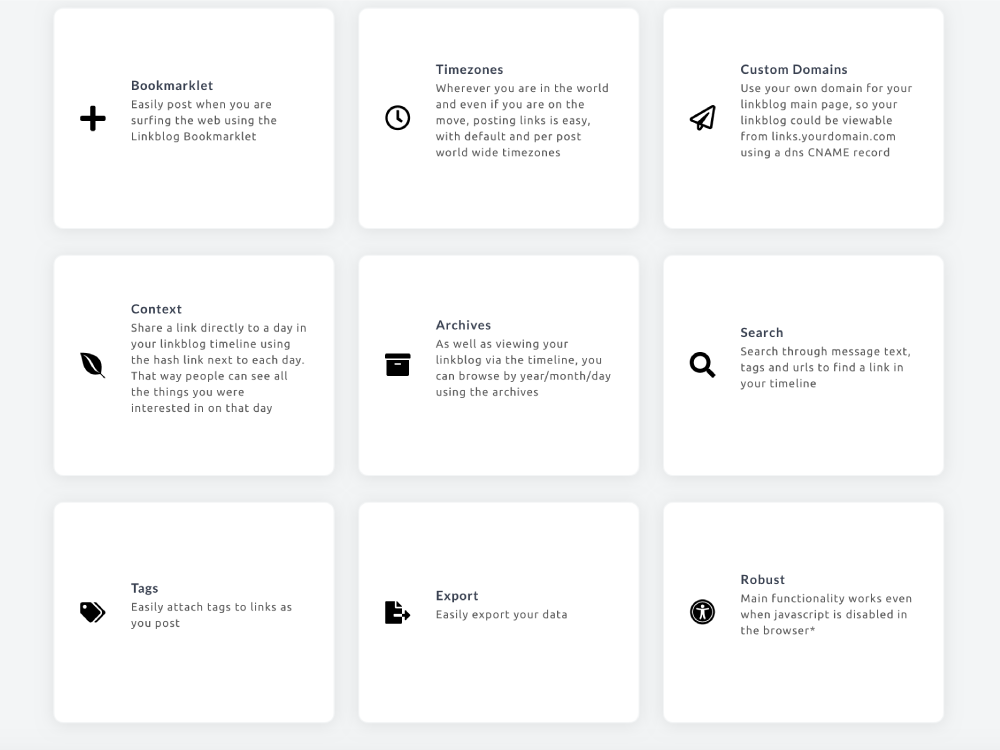 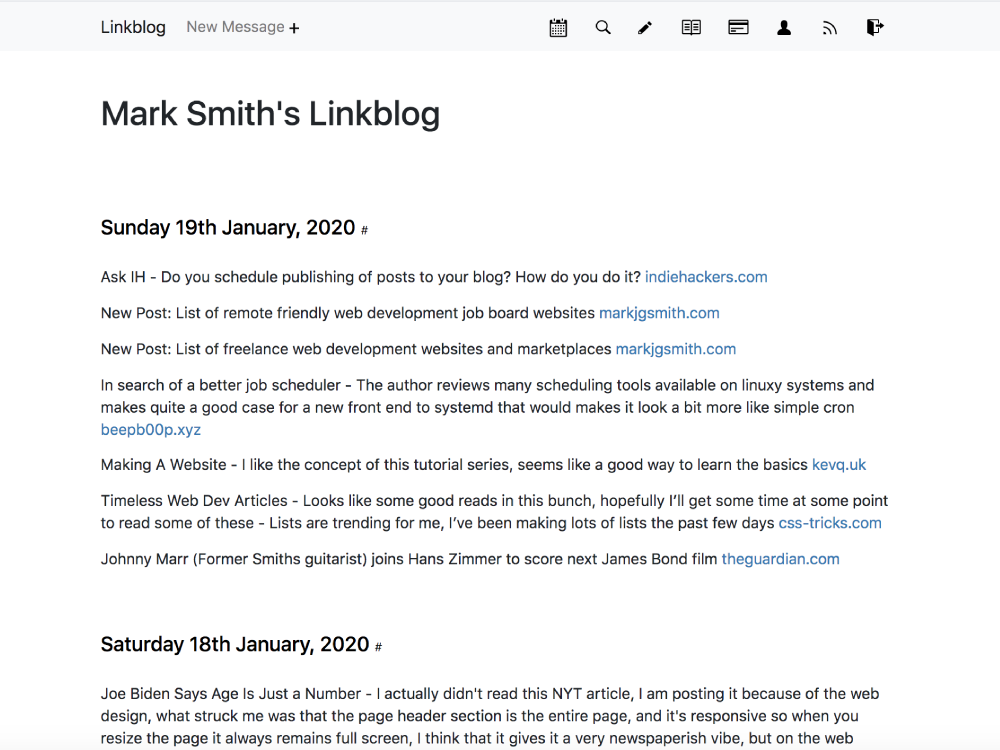 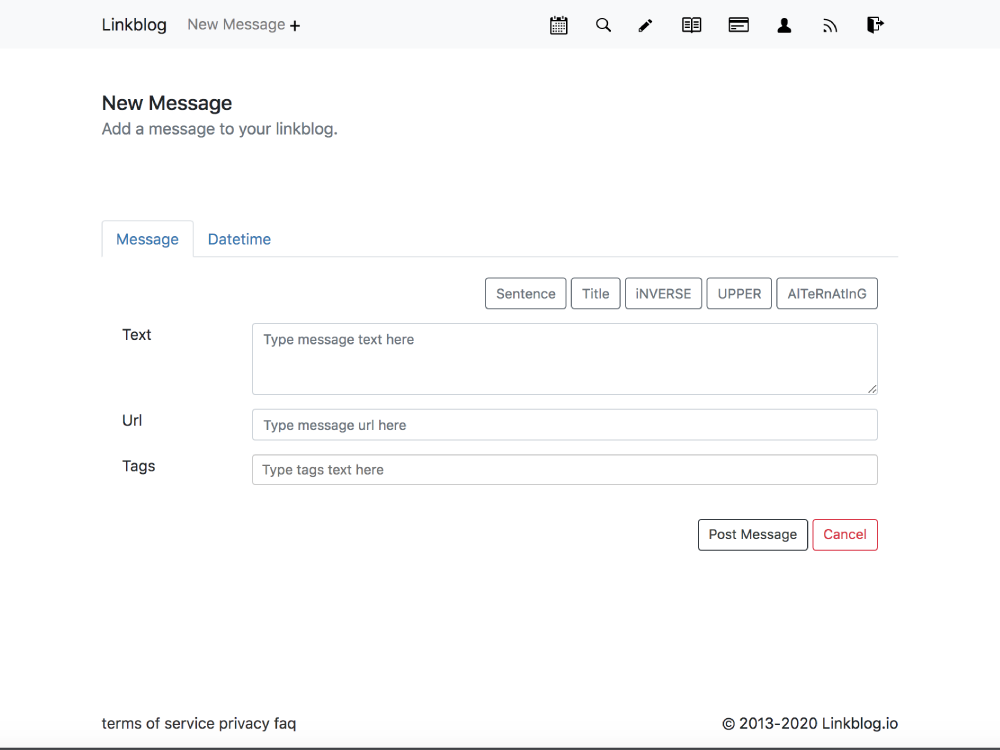 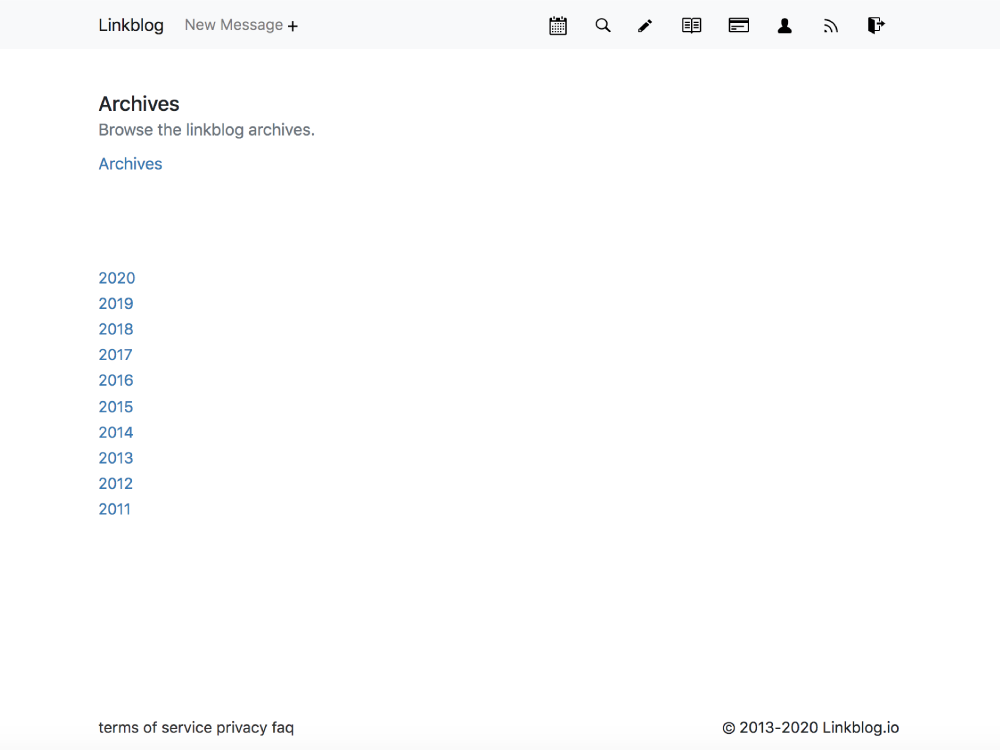 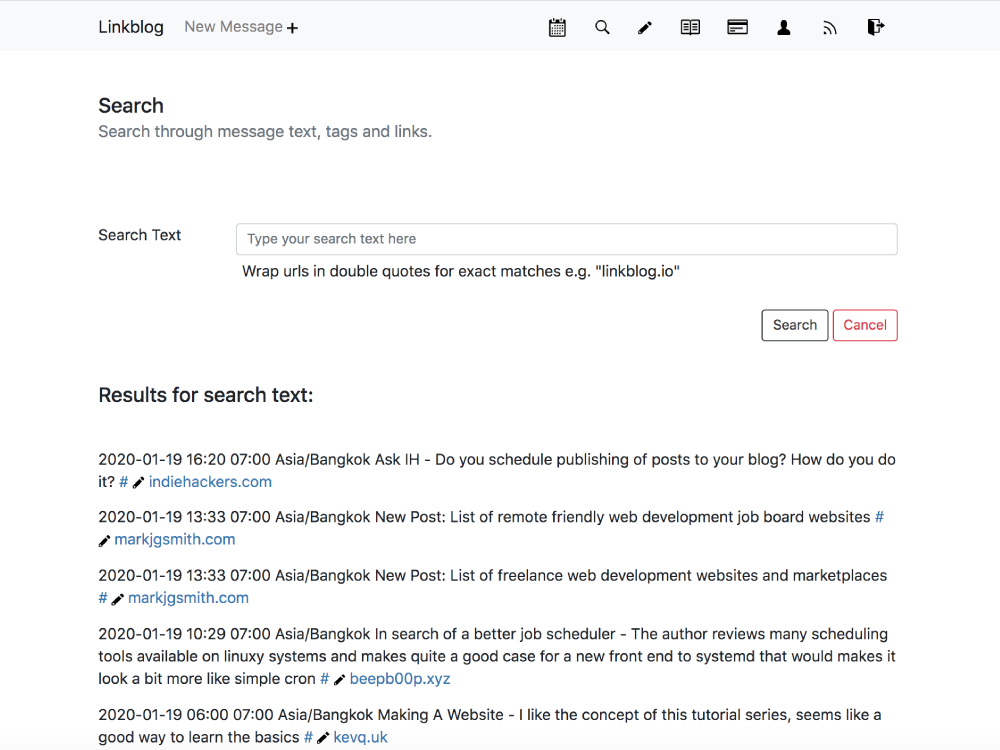 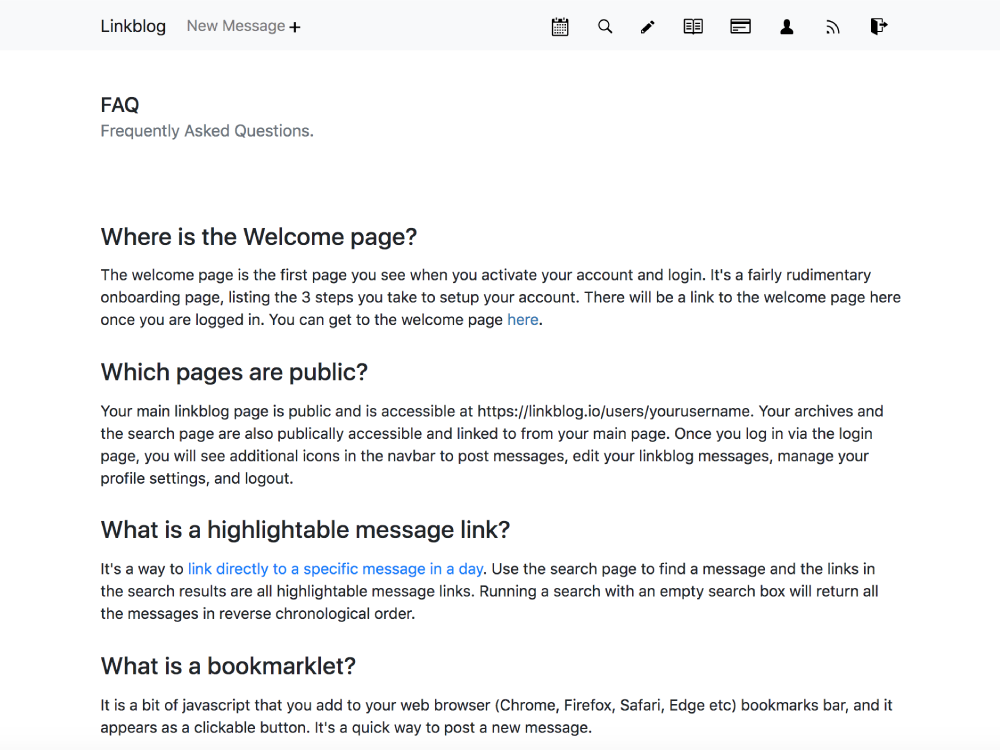 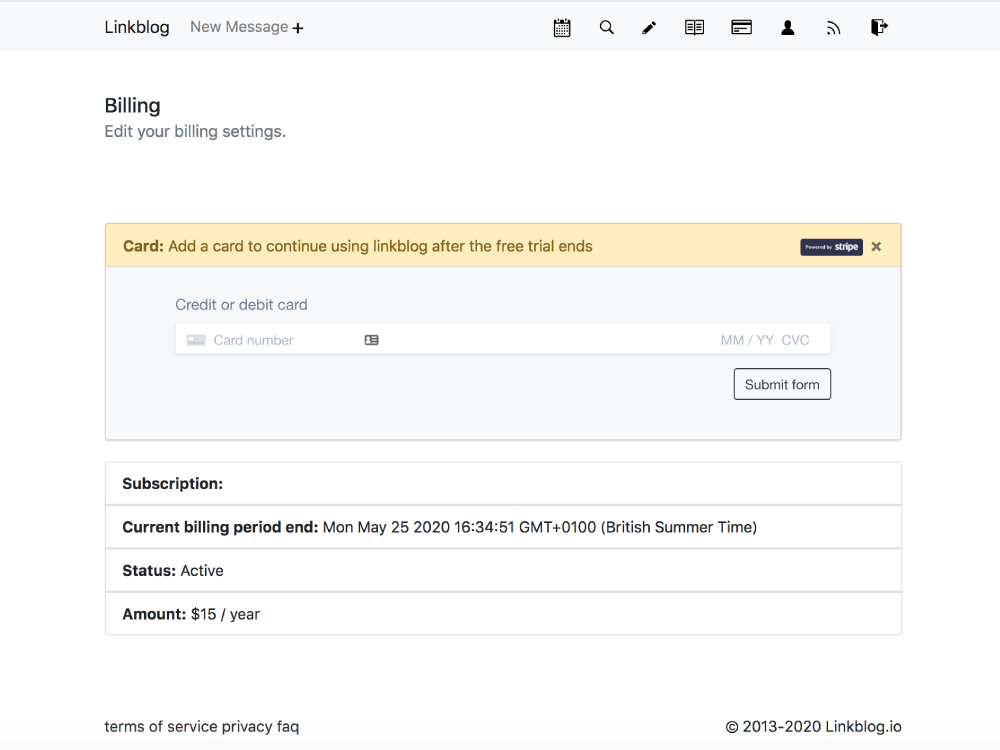 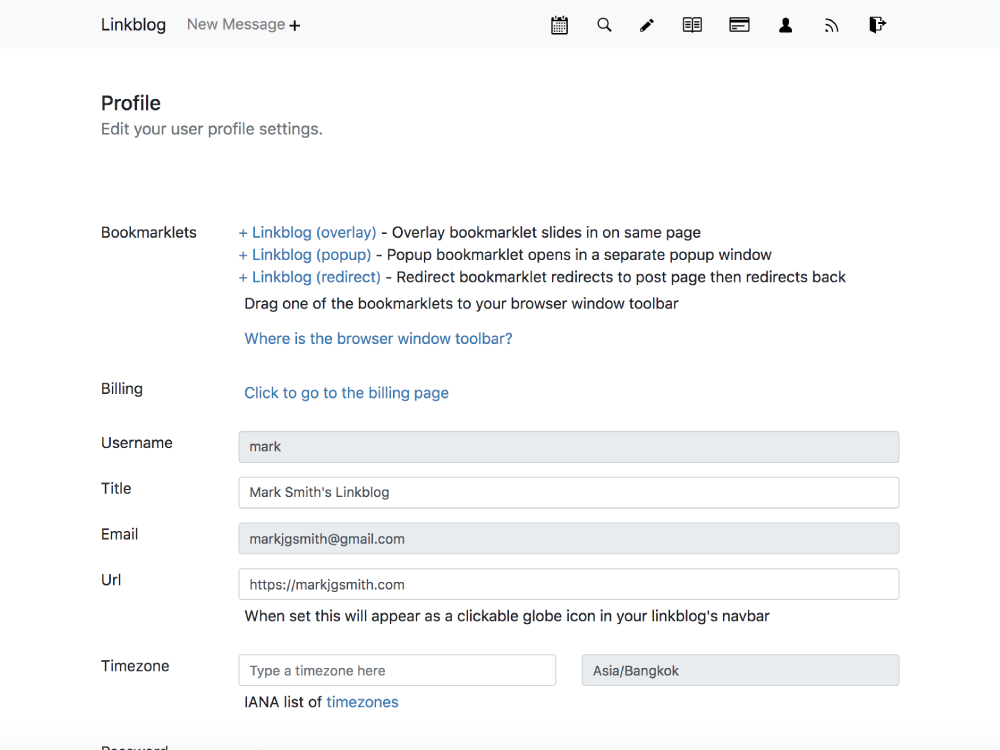